Tunde is a seasoned banker and financial expert who has worked for prestigious financial companies across the globe, including Citibank and Standard Bank. Tunde has accumulated significant experience throughout the course of his career in risk management, asset-based finance, corporate banking, and operations management. Tunde earned an LLB (Hons.) from the London School of Economics and an MBA from Columbia Business School. 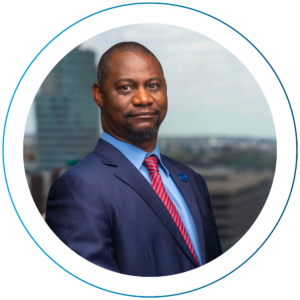 Never has more than 26 years of corporate leadership experience, and has held senior positions at Spar Zambia Limited, Innscor, and Delta. From the University of Zimbabwe, he earned a Bachelor of Accountancy with Honors, and from Midlands State University, a Master of Business Administration. He holds both the titles of Chartered Secretary and Fellow of the Institute of Directors Zimbabwe in addition to being a Chartered Secretary. Additionally, he has completed the Cape Town Business School’s Executive Development Program and Management Development Program. 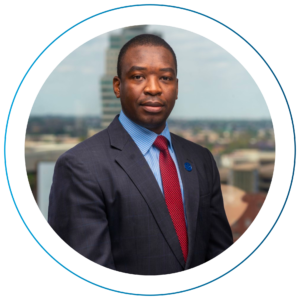 Stanford Chabaya has over eleven years of expertise in accounting, auditing, and finance as a Certified Chartered Accountant. In 2012, he joined Utande. Stanford has experience in financial accounting, reporting, and management prior to his present function as CFO. He holds a Bachelor of Accounting Science with Honors from the University of South Africa, is a Mandela Washington Fellow, and graduated with a degree in management and entrepreneurship from Purdue University in the United States in 2016.

Ignatius T. Mpando joined Utande Investments (Pvt) Limited in June 2015 as a Core Network Engineer before shifting to Business & Product Development and ultimately taking on the role of General Manager for Utande Internet Services. In addition to project management, he has held executive positions in the fields of billing, revenue assurance, network engineering, product development, and business development. He has a Master of Business Administration and a Bachelor of Business Studies in Computing Science from the University of Zimbabwe, and he is a certified project manager (PMP) (MBA). 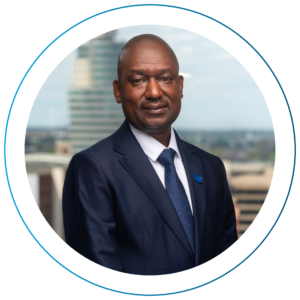 Douglas Chitongo is a seasoned professional in the IT sector who started out as an Apple technician in 1994. He began working with MWEB in 2000 and has remained with the organization ever since, seeing it

through its rebranding as iWayAfrica and subsequent merger with Utande. Throughout his career, Douglas has earned numerous industry certifications from Microsoft, RedHat, Qkon, and other organizations. He has served as the association president for Botswana, Malawi, and Zimbabwe in the past. He is also a member of Round Table and a football administrator in Division 1 of the ZIFA Northern Region. 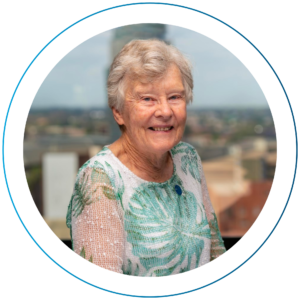 Varley Rowell, together with Russell Clinton and Colin Franco, helped found Utande, and he is one of the company’s original shareholders. She holds the titles of Fellow of the Zimbabwe Institute of Chartered Accountants and Associate of the Zimbabwe Institute of Chartered Secretaries and Administrators. Varley has a wealth of accounting expertise, starting in the 1980s with the Reserve Bank of Zimbabwe and continuing into the 1990s with Deloitte as a member of its audit team before the founding of Utande. 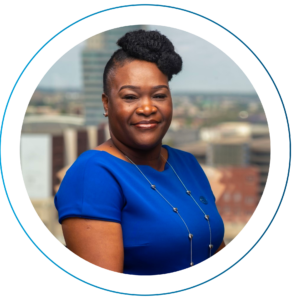 Lorraine has more than 15 years’ experience in the Telecommunications Industry within the Sales and Marketing field. She has built vast Key business relationships and oversees Utande’s Regional and International customers in Southern Africa and the UAE. In 2021 she received the Top 200 Retail Wholesale Value Chain Business Leaders Award from the Confederation of Zimbabwe Retailers. She holds a Bachelor’s Degree in Marketing with Zimbabwe Open University and a Master’s Degree in Business Leadership with The University of Zimbabwe. Lorraine is also a Certified Digital Marketer with the University of Cape Town, South Africa. 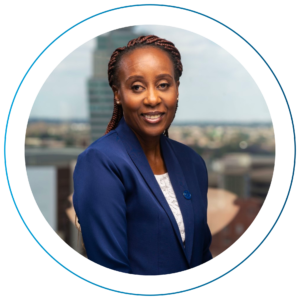 Cassandra has over 18 years of business expertise in the area, spanning sales, customer service, and marketing. She began her career in retail management and buying at Edgars. She started in the telecommunications sector as an account manager for MWEB, progressed through the ranks, and held several positions within the company before assuming her current role as head of satellite services and customer experience. These positions included business solutions manager, senior operations manager, regional and marketing manager, and head of marketing. She is an active member of the Marketers Association of Zimbabwe and holds a Bachelor of Commerce degree from the University of South Africa as well as a Master of Business Leadership degree and a Diploma in Marketing Management from the London Chamber of Commerce and Industry. She received the Zimbabwe CEO’s Network’s Outstanding Pedagogical Marketing Executive Award in 2021, and at the GRI ICT Conference & Awards in 2022, she was named the finest ICT leading woman or girl child motivator. 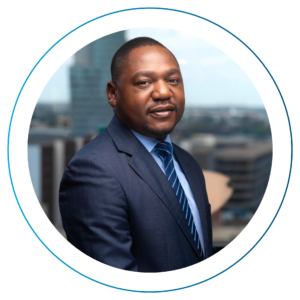 Takunda is a Human Capital Practitioner with over 14 years of experience who specializes in organizational development, culture alignment, performance management, employee relations, and strategic management. He began working with Dandemutande Investments in 2017 as a human resources manager, and in 2021 he was given the opportunity to advance to the position of human resources executive. Takunda had a diverse career before joining Dandemutande, working in the government, business, and finance. He has an undergraduate degree in psychology with honors from the University of Zimbabwe, a bachelor’s degree in law (LLB) from the University of South Africa, a master’s degree in business administration from the National University of Science and Technology, and a diploma in human resources management from the Institute of People Management of Zimbabwe.